Recently the continuous builds for the neo4j Ruby gem failed for JRuby because the memory limit had been reached. I wanted to see if I could use my favorite tool (Neo4j) to analyize the memory usage. So I threw together a bit of Ruby code to use Ruby’s ObjectSpace.each_object functionality to dump every object in memory after the test suite of the gem finished (garbage collecting first, of course). First let’s take a look at the model: 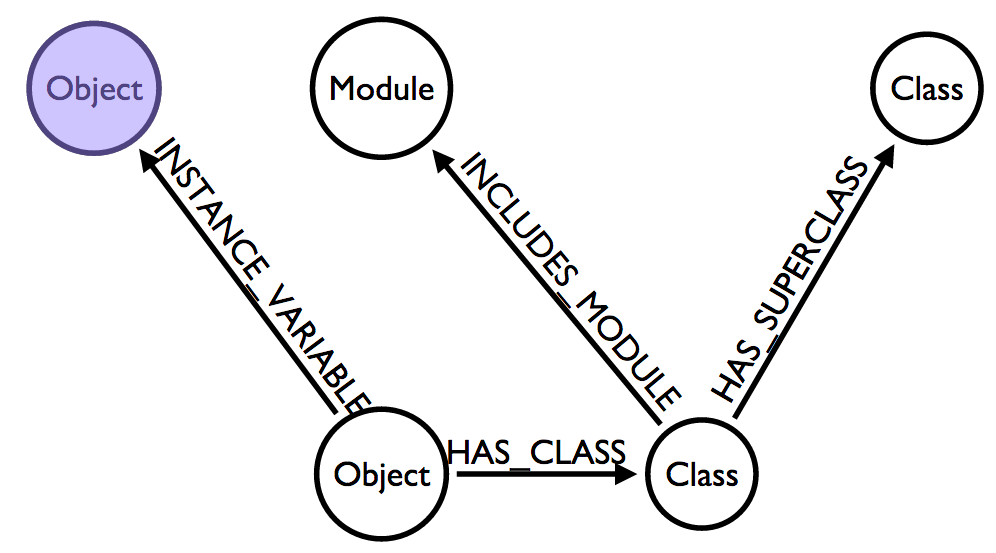 So with that in mind I set out to output some CSVs. This was my first opportunity to output some CSV files for the neo4j-import tool and it was quite a straightforward standard to implement. Here is an example of each of the files that I generated:

Again, you can see the code for generating these files here.

As you can see I chose to make my files tab-separated. I did this because the inspect column was going to have lots of double quotes in it and it would create a simpler file. I also used the pipe (|) as the quoting character because of some conflicts with the way Ruby and Neo4j interpret escaping of quoted characters. Here is the command that I used to import the CSV files into a Neo4j database:

Great, now we’re cooking with graphs! What does this look like in the Neo4j web console? 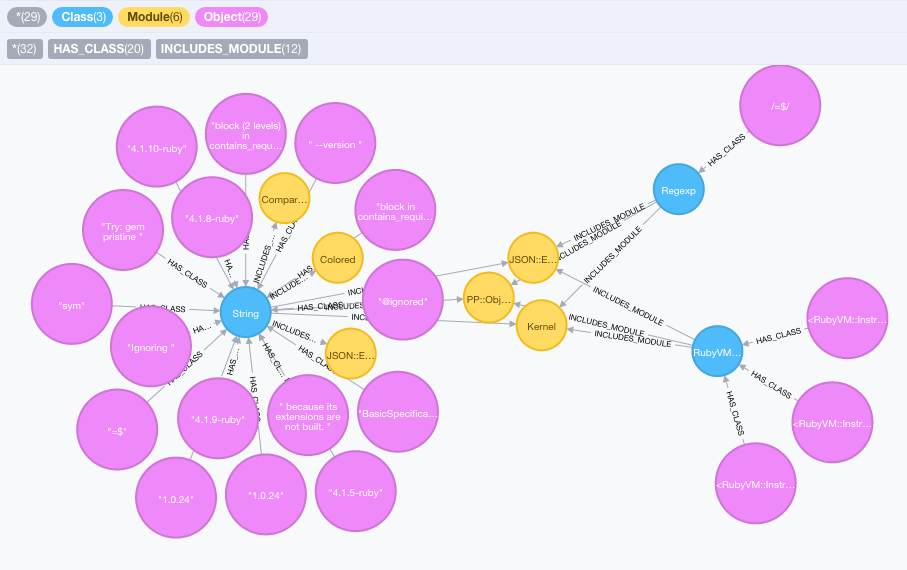 Nice! As another sanity check, let’s see what our top allocated objects are:

That seems right! Any experienced Rubyists will know that Ruby will allocate a lot of strings.

So let’s really get into it and use the power of graphs. Let’s find out which objects have the most references via instance variables. This query takes every object in the database as the root of a tree of instance variable references and calculates the total number of descendent objects in that tree. This should give us an idea for what objects have a lot of other objects depending on them which cannot be garbage collected.

As part of the import the objects I also create a graph structure to define classes, modules, and their relationships. Let’s see what are the most included modules in our object space:

Looking at this I learned a couple of things I didn’t know about Ruby:

While we’re here let’s grab a random sample of classes and modules (excluding some ones that I hand-picked which had too many connections to make for a useful graph visualization): 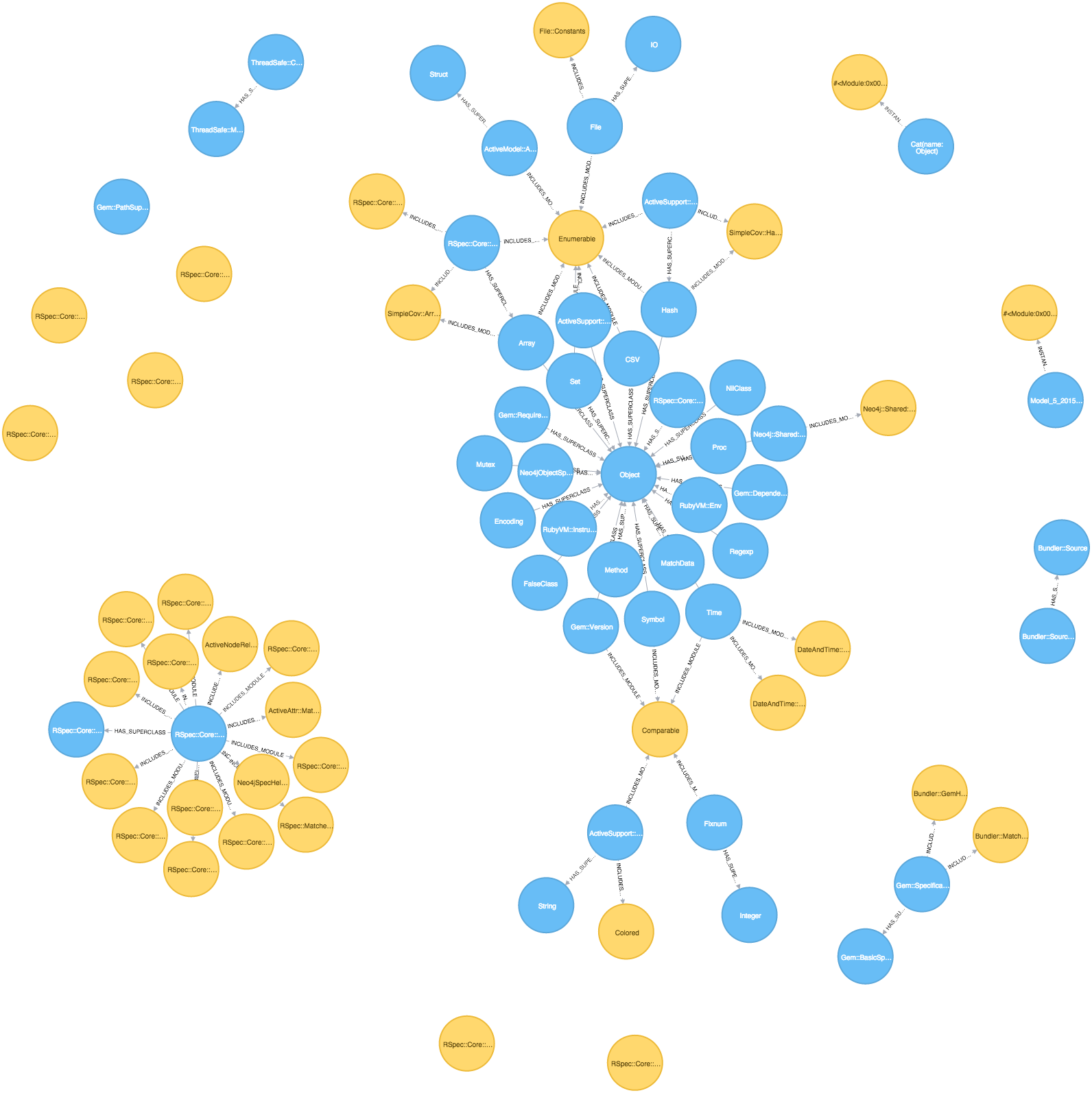 That’s all for now, but please let me know if you have other thoughts for how to use this approach!

Along a similar line I’ve been thinking about graphing dependency trees like in RubyGems or NPM. Other project ideas are also welcome!