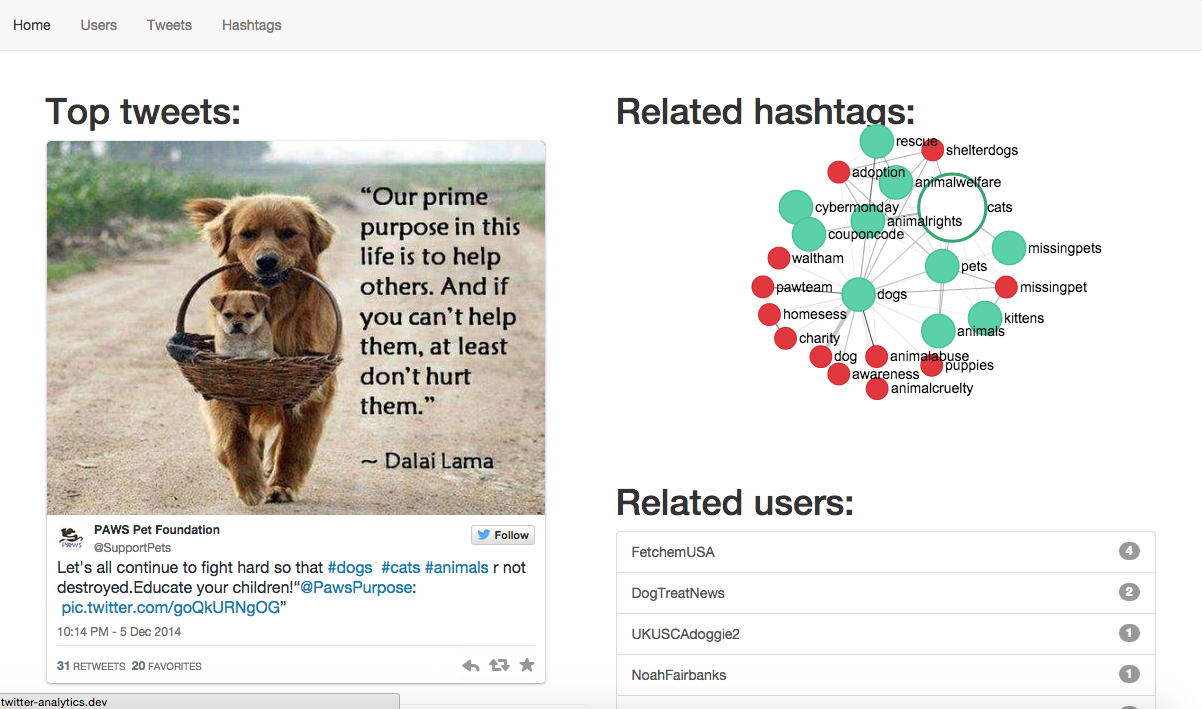 Having recently become interested in making it easy to pull data from Twitter with neo4apis-twitter I also decided that I wanted to be able to visualize and browse the data that I’ve downloaded. Therefore I created the twitter_analytics rails app!

What cool stuff does this do?

My first goal was to create a dashboard. I had run across Keen IO’s bootstrap dashboard templates (on twitter, of course) and decided this would be a great chance to use one. I liked the split-centered template the best and, after converting it to slim, I built a nice DRY way to dump whatever chartkick charts I wanted to in each panel (see the source)

I used the twitter API to dump tweet card HTML into my views which make tweets visually interesting. I cache the results in the database because the API is relatively slow and it helps avoid hitting API query limits. Also as a bonus I noticed that tweets with included images seem to always go to the “Top Tweets” metrics, so that give me some insight as well. 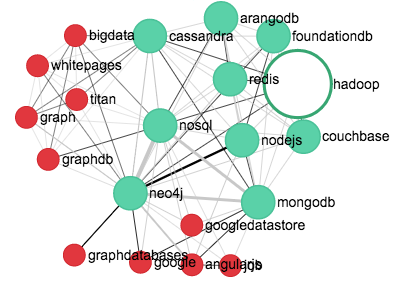 On the hashtag detail page you can also see a graph visualization (using sigma.js) of the local network of related hashtags up to two hops away. In this case “related” means that the hashtags are both used in at least one tweet. The current hashtag is shown as a large white circle, the directly adjacent hashtags are medium sized green circles, and the hastags two hops away are small red circles. Also the thickness of the line between two hashtags represents how many times those hashtags were used together.

When you browse to the user detail page you can see all of the user’s properties from the API. This overview also has graphs to show top hashtags and original/retweet ratios for the user’s tweets.

How to use it

No doubt this gotten you excited to analyze some tweets! All you need to do is:

Of course you can always browse the data using neo4j’s excellent web console (by default at http://localhost:7474): 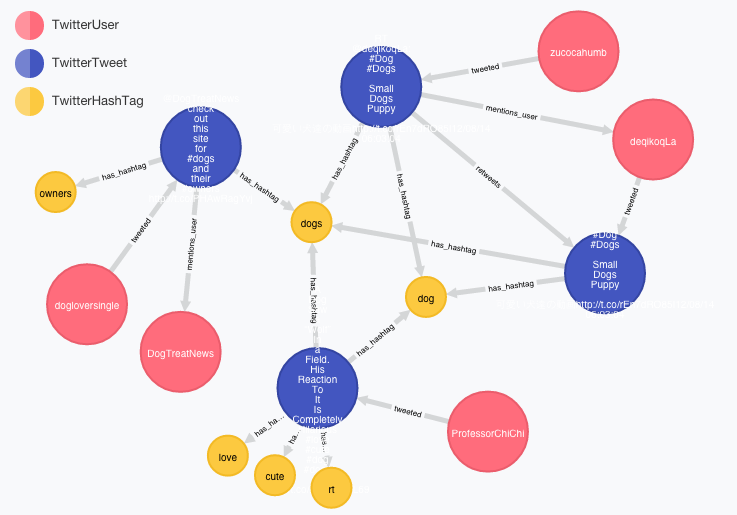 Want to help out?

The app is still a work in progress so I welcome any contributions! There are some ideas and issues on the github issues page for a start.

There are also some really cool high level things which I’d really like to see such as: